~Sweet and Savory Pearings~ a "spicy" romance story of flavor

This one doesn't really have too much of a back story to speak of.  At one point a few years ago I was killing time at the local bookstore, thumbing through some cookbooks and I saw a method for poaching I had never tried: Parchment steaming.  Alas the only part of that I remembered was the method so a couple days ago I decided to try and ad-lib the ingredients list as an experiment.  I think I like what I ended up with!  Might have to try this one out next movie night... 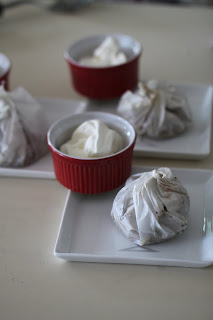 
This recipe is for one packet.  Multiply per person you will serve 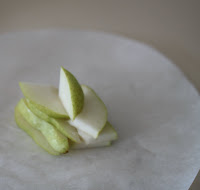 For the pear packets start by cutting out as many 12" parchment paper rounds as you will need.  Grate ginger then core and slice pears. 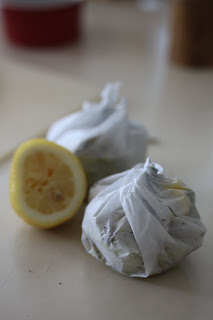 Assemble by stacking pear slices in a small pile in the center of your parchment then sprinkling with tea, pepper, sugar and ginger.  Add lemon juice and dot with butter.  Fold up the edges of the parchment round and twist to seal closed.  Place in the oven for 12 to 15 minutes.
While the pears bake, there's plenty of time to make the Almond Cream.  In a medium bowl, combine cream, honey, rum (optional,) and almond extract.  Whip by had or on medium speed with an electric mixer until it reaches medium peaks. 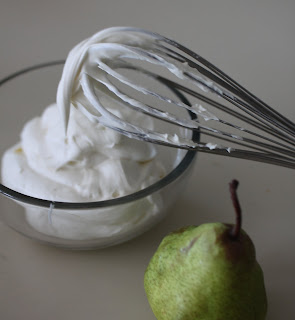 This cream will keep much longer than standard Chantilly cream as it has a much higher fat content and is quite good with a number of things aside from poached pears.  One of those things just so happens to be...

Short post this week but that cant stop SCIENCE!!! sorry...  on with it then...


When we whip cream the idea is to force air into it but there is much more to it than that.  When we reach the stage of cream "whippedness" sometimes called the frothing stage, 90% of the air we will add is already in there.  Once we start moving toward the "Soft Peak" stage, the bubbles are being broken up, multiplying and being compressed.  These bubbles attract the fat globules in the cream as they are compressed via the whipping action.  Eventually the bubbles become so small that the partially crystallized fat globules come into contact and cling, trapping the air and linking bubble to bubble, stabilizing the cream.

In this case, the extra butter fat in the mascarpone cheese helps both to accelerate the whipping process and to maintain the structure longer.  However, no cream will keep forever without deflating unless you go all the way to the butter stage a the liquid water that remains will eventually break down the bonds between the fat globules, allowing the air to escape.  But for now we have some delicious almond cream and we can thank fatty acid bonds trapped in microscopic bubble walls.  and what delicious bonds they are!  SCIENCE!!

Serve pear packet right out of the oven, with some almond cream on the side, so they'll be nice and piping hot with lots of great smelling steam when you open them!

These are great because they are simple and very quick to make as well as being kinda flashy in the method department.  Another thing I love about them is versatility:  you can alter these in a variety of ways like altering the tea and cream flavoring combo.  Maybe using apples, spiced tea, and grand mariner...  So many options.  Go see what you can come up with! 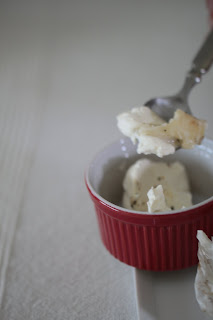